You Still Don’t Need To Worry About Fragranced Consumer Products

You Still Don’t Need To Worry About Fragranced Consumer Products 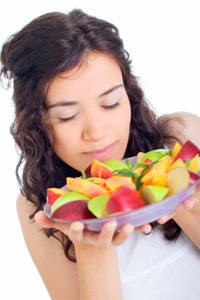 The title of this piece sure sounds a lot like the sequel to I Know What You Did Last Summer (1997), and there’s a good reason why. Last Fall, the fear entrepreneurs unleashed a campaign to scare the public regarding fragrances used in common household products. And now, just like a bad sequel to a mediocre horror film, the same campaign is being fired up yet again.

At the time of the first scare rollout, this column criticized the less than stellar science cited in the campaign, as was originally published by one Anne C. Steinemann, PhD—an environmental engineering professor at the University of Washington. Steinemann’s work did little more than catalog a number of volatile organic compounds (VOCs) that could be found in these products, and indeed stipulated that “[T]his study did not seek to assess, and makes no claims regarding, whether product usage would be associated with any risks.”

The study noted that most of the VOCs she detected were not disclosed on the product labels, while grudgingly admitting that they do not have to be disclosed unless they are harmful—which they are clearly not.

The foolishness, sloth, and malice behind this endeavor is truly astonishing. In the first place, few things can be easier than simply having a number of products analyzed—no doubt by a graduate student. Yet, this information, unencumbered by any common sense, is dutifully reported in Table 1 of Steinemann’s article.

Wouldn’t a real scientist have commented in the article that limonene, the first compound listed, occurs naturally in citrus fruits, and that peeling an orange is likely to give off more of the chemical than using the household products tested? Wouldn’t a real scientist have stated that alpha-pinene, the second compound listed, is the fragrance of pine trees? Perhaps Steinemann is afraid of live Christmas trees, as well.

At least the editorial board forced her to include the stipulation quoted in the second paragraph, along with the statement that “Because our study did not analyze exposures or effects, it can draw no conclusion regarding possible risks from product usage.”

But, this is bad faith writ large. Steinemann, her university, and the journal that published her work knew only too well that such caveats would be ignored by fear entrepreneurs such as The Campaign for Safe Cosmetics and the David Suzuki Foundation. Suzuki, a toe-tag Greenie and gifted fund raiser, has posted an article that Steinemann wrote last month, hyping her pathetic findings.

Perhaps in a prior life, Suzuki—who is influential, and boasts a prestigious background—knew better, but one wonders what convinced him that Steinemann’s material was worthy of inclusion.

Never mind that she again promotes fear by merely naming compounds, and implying health effects, without reminding her lay audience that the dose makes the poison. Consider instead one of her clueless recommendations:

What can consumers do? They can use basic products to clean, such as baking soda and vinegar, and use products without any fragrance or scent.

Vinegar is nothing more than a solution of acetic acid, a compound with far worse potential health effects than the chemicals listed in her journal article. Moreover, occupational users of sodium bicarbonate (baking soda) are advised to wear respiratory protection.

As to using “products without any fragrance or scent,” inquiring minds want to know: Does this include food and beverages? Is it OK to have fragrant houseplants? Is aromatherapy evil?

I guess it depends on the anticipated revenue.