Taking Charge Of Your Own Health: An Unintended Consequence Of Obamacare?

Taking Charge Of Your Own Health: An Unintended Consequence Of Obamacare? 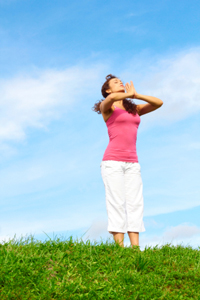 From back in the day, and persisting to the present, is the notion that care of our health is necessarily something to be contracted out to experts. Moreover, it was quite common, at least through the mid-1960s, for patients to have almost no understanding of their conditions, simply following their doctor’s orders without question. While it has always been a good (and natural) idea to take charge of your own health, 2014 and the advent of full implementation of the Patient Protection and Affordable Care Act (Obamacare) will make it essential.

As will become painfully clear in less than nine months, our relatively benign and simple system of HMOs, PPOs, Medicare, and Medicaid–with all of the flaws–will soon be our “Good Old Days.”

For starters, insurance premiums are expected to rise–most likely by quite a bit. 20 to 100 percent increase figures are being mentioned by many authorities. Last December at Aetna’s investor conference, CEO Mark Bertolini spoke of premium rate shock. “We’ve done all the math, we’ve shared it with all the regulators, we’ve shared it with all the people in Washington that need to see it, and I think it’s a big concern.”

The Society of Actuaries release a report last month entitled “Cost of the Future Newly Insured under the Affordable Care Act,” and there are some interesting findings. Non-group enrollment was expected to increase under ACA for a number of reasons, not the least of which is that some employers will stop offering the coverage. Indeed, the SOA predicts that three years in (by 2017), the individual non-group market will grow 115 percent, from 11.9 million to 25.6 million lives; 80 percent of that enrollment will be in the Exchanges.

As such, the percentage of uninsured nationally will decrease from 16.6 to around 6.7 percent, compared to pre-ACA projections. The bad news is that the non-group cost per member per month will increase 32 percent under ACA, compared to pre-ACA projections. Factors in play here include the addition of higher risk patients, and thus higher morbidity rates, along with a mandated increase in certain benefits.

Likewise, this influx of new patients, set against a backdrop of the current–and ever-increasing–shortage of physicians might make it difficult for patients to take advantage of their newfound health care benefits in a timely manner. De facto rationing, although it will probably never be called that, could become the order of the day.

In the wake of rapidly increasing costs and decreasing availability, we could finally see a paradigm shift from the current disease care model to a true health care model. Superficially, a disease care emphasis would seem to be a direct result of the allopathic philosophy–but such analysis ignores the real 500-pound gorilla. The reimbursement scheme itself is primarily at fault. Simply put, there is very little money in health, and lots of it in disease.

Note that the longstanding focus on disease and acute care has influenced the very philosophy and ethics of the medical profession. One example of this is the controversy surrounding the so-called G-Shot, an injection of hyaluronic acid into the G-Spot, to produce enhanced sensation.

As an elective procedure, it would not be covered under insurance, but then provides a rare “cash on the barrelhead” opportunity for the physician. Since the shot is not really treating a disease, it is frowned upon by some doctors, who also point to the risks inherent in such an injection. In addition, not all of the procedures are successful, and there are those who doubt that the G-Spot even exists. Never mind that the effects are only temporary, and another shot is required a few months later.

However, a great deal of accepted mainstream medicine is far from proven scientifically, and may not be terribly effective, either. Undeniably, there is also an undercurrent against the patients who are trying to improve themselves–sexually, no less. Or, does self-improvement only include weight loss and smoking cessation?

One way people are taking charge of their own health is through relevant smart phone and tablet apps. But, in that overcrowded space, how can you best find them? Bala Velmurugan, Founder and CEO of Airomo Inc., recently told me about Appcurl, which lets you “Discover the apps that matter,” as they put it.

The challenge, for both patients and practitioners, is that there are tens of thousands of applications, for which there is not enough manpower to distinguish between those that are popular (and effective) and those that are not. Appcurl solves that problem by providing users with the equivalent of a search engine for iOS and Android devices.

Appcurl brings the power of search–and news about mobile trends–to a worldwide audience. This technology levels the playing field among developers, allowing otherwise obscure (but powerful) applications to find a new group of users, within the medical field and elsewhere.

Sounds like a fine tool, to help you take charge of your own health.