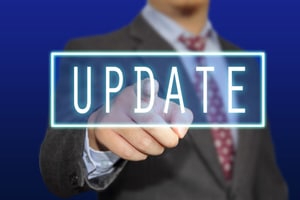 Here we are. Deep into January of this new year, and the winter doldrums. What better time to update a few past stories? We start with a topic that’s near and anything but dear to most physicians:

EHRs have been a much touted—not to mention highly subsidized—element of organized healthcare for years. As such, this column has devoted several articles to the subject. Surely, the reasoning went, anything would be better than those messy old charts, with all their quaint hand entries. After all, if relational databases can manage grocery store inventory, how difficult could it be to manage healthcare data?

Indeed, since Medicare drastically transformed healthcare—and not for the better—it’s really all about billing. How convenient that those ICD-10 codes (International Statistical Classification of Diseases and Related Health Problems) are tailor-made for easy peasy data entry. So sorry if your patient’s condition doesn’t exactly fit one of the codes. Oh, bad luck if your treatment protocol doesn’t match the CPT-4 (Current Procedural Terminology, 4th Edition).

EHR fanboys would treat these—and all other—objections as inconsequential or minor collateral damage, compared to the supposedly far greater good of having a treasure trove of accessible healthcare data. Ah yes, the shining promise of Big Data. Who knows what medical breakthroughs it will inspire?

Less well-publicized are the difficulties in actually getting an EHR system to work properly; the outrageous expense; the inordinate time commitment; and the sometimes deadly failures that can occur. Then there’s the little matter of EHRs being used to control what sort of treatment can even be given. If it’s not on the screen, it can’t be ordered! And don’t real doctors just hate the “helpful suggestions” for more billable CPTs, that keep popping up. Ignore too many of these, dear resident, and get written up by your attending. Big Brother is watching.

“Meaningful Use” is a multi-billion dollar boondoggle which gives incentives to those happy few medical practices that deploy EHR in a manner that meets certain criteria. We are pleased to report that this awful program will soon be coming to an end. Our source is none other than CMS (Centers for Medicare & Medicaid Services) acting administrator (and poster boy for conflicts of interest) Andy Slavitt:

“The meaningful use program as it has existed will now be effectively over and replaced with something better. We have to get the hearts and minds of physicians back. I think we’ve lost them.” To which health informatics good guy Scot Silverstein, MD remarked…

“No foolin’. Ya think? This was predictable by anyone with half a brain about healthcare information technology reality. Perhaps the officials at HHS got their first clue about clinician unhappiness via a long January 2015 letter from about 40 medical societies, including the AMA, American College of Physicians, American College of Surgeons, and numerous others that they did not exactly love these systems and the MU experiment. Health IT is experimental, [and] it (and its subjects) must be treated with that in mind. Its progress cannot be mandated, and…the technology, as any other IT, needs to be approached with great skepticism.”

Thus, Sen. Murray was able to accomplish what the FDA could not. Still, we are operating in a gray area, according to Olympus’ posted FAQs…

A—No. You can continue to use the TJF-Q180V duodenoscope before the forceps elevator mechanism is replaced. You should immediately begin following the revised reprocessing instructions in the new Reprocessing Manual.

Q—How quickly should we return our scopes to Olympus for their elevator replacement?

A—Please do not return your units prior to notification from Olympus unless you have unrelated repair issues. Olympus will contact all affected customers to provide a service window in which customers can return their units for replacement service.

Let’s see…The device removal and corrective action is “urgent,” except it’s OK to keep using the devices as long as you process them in accordance with Olympus’ new instructions. But if revised reprocessing solves the problem, why even perform the elevator mod? Or, is this revised reprocessing only a “bit” safer, but not the whole nine yards safer?

If a patient gets infected by a non-modified but revised-reprocessed scope, whose fault is it? What does the FDA have to say about all of this?